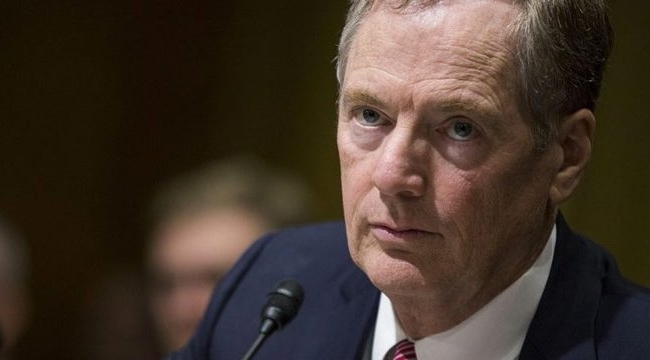 US is Threatening with Charges of 151 Billion pounds on Chinese Goods. The United States wants to introduce additional levies on Chinese goods for 151 billion pounds. A consultation to end the trade war between the countries has failed, according to commercial representative Robert Lighthizer.

The Greater writes, Americans will have until August 31 to let them know what they think of the new list of taxes before they officially take effect.

“We also took into account the result it has on the American population,” said a spokesman for the US government. The list includes taxes on tires, toilet paper, doors and bicycles. In total, more than two hundred products.

The president of the Financial Commission of the US Senate Orrin Hatch calls the permissible new charges reckless. The American organisation for retail and wholesale has reacted furiously to the new levies. “The president has broken his promise, and the US population are getting punished.”

The Chinese deputy secretary of Trade stated in a reaction that the announcement of the US is damaging globalisation. “This is not good for the World Trade Organization system.” He also called for cooperation between China and the US.

Previous charges
Last week, the first levies on Chinese goods officially entered. They have a value of 25 billion pounds. China has also announced that it will also increase the taxes on American products.

At the American border, an additional import tariff of 25 percent applies to Chinese products, varying from semiconductors to ploughing machines and aircraft parts. Also, the first time that trade barriers in the US have directed against the people’s republic, reports Planet Blog.

The Chinese Ministry of Commerce responded that Trump’s actions would also be harmful to companies and consumers in the US.

The Semi-Final between Djokovic and Nadal Stopped at Wimbledon