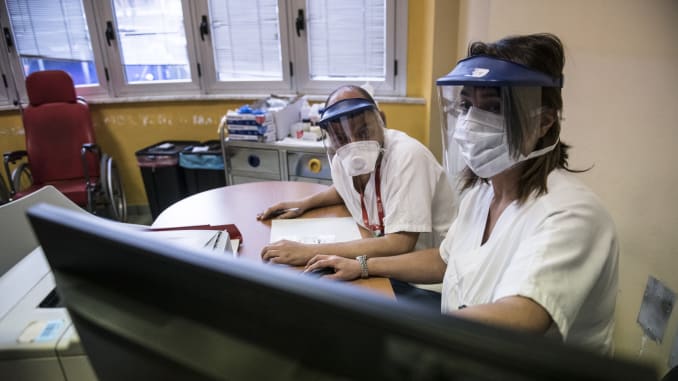 The Expenditure of the Italian Government Heavily Affected by the Coronavirus

The extra expenditure of the Italian government to support the economy profoundly affected by the coronavirus is independent of the standard budget rules in the European Union.

They are “one-off costs” that are not taken into account in the assessment of the financial policy of the Italian government because this is an emergency.

This is what Vice-President Valdis Dombrovskis of the European Commission and the Commissioner in charge of Economic Affairs, Italian Paolo Gentiloni, have written in a letter to Finance Minister Roberto Gualtieri.

Italian minister Gualtieri announced last week that the government wants to set aside 7.5 billion euros to alleviate the economic burden caused by the new coronavirus in Italy.

These extra expenditures are raising the budget deficit to 2.5 percent of the gross national product (GDP). That deficit now amounts to around 2.2 percent of GDP.

Gualtieri said earlier this month that the deficit for 2019 would be a lot lower. Italy was already struggling with major economic problems before the coronavirus appeared.

The government fears that the economy will shrink even further due to the virus, possibly by 1 to 3 percent in the first half of this year.