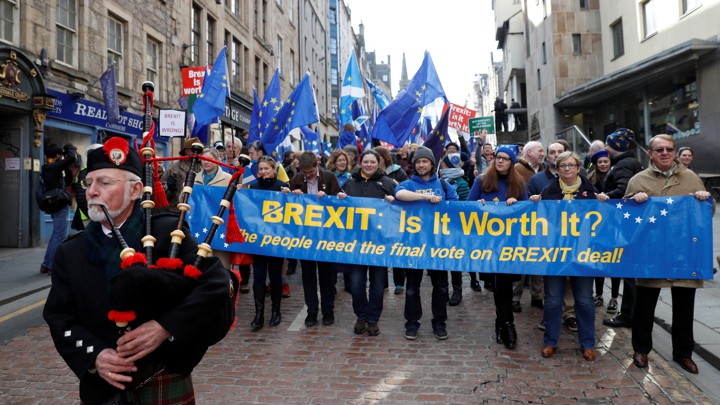 Scottish Nationalists can Make or Break the Next British Government

The Scottish nationalists expect to get 50 seats in next week’s UK elections. Enough to help Labor leader Jeremy Corbyn in power if Conservative Prime Minister Boris Johnson does not get a majority. Their demand is high: an independent Scotland.

Andrew Buchan no longer seems to be so sure about the Brexit he voted for in 2016. “Without European quotas, fishermen can catch more here,” says the doyen of a distinguished fisherman’s family in Peterhead, the fishing capital of the European Union, “but then prices also go down.”

“I suspect that the fishermen will be the first victims of the negotiations. Access to markets is also a concern. “

The advancing insight entails a ballot box dilemma for the couple, who are having coffee in the cafe at the fishing school where their grandson is studying Harvey.

The Republican Leader in Senate Promises Orderly Transfer of…

The Conservative Party wants to drag the British out of the EU as quickly as possible, while the Scottish Nationalist Party (SNP) of Nicola Sturgeon, the only alternative in this region, wants to get the Scots from the UK. “We do not want either,” says the retired fisherman. “What should you vote then?”

An additional complication is that many Scots who voted against independence did so in the expectation that the United Kingdom would remain with the EU. That has turned out to be a miscalculation.