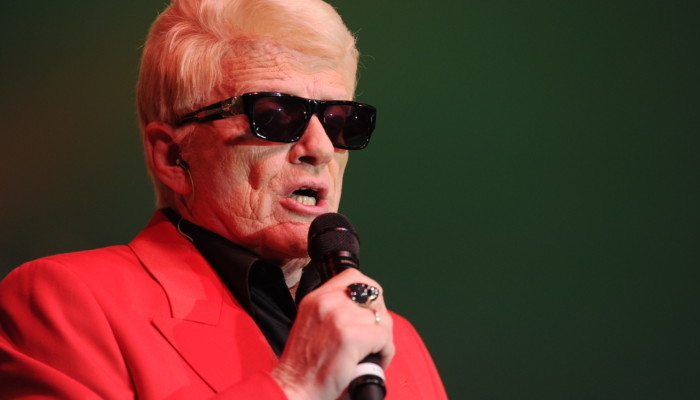 Schlager Koning Heino has a Special Shelf for Sunglasses. Anyone who thought that the singer would always put the same glasses on when he entered the stage was wrong.

The now 80-year-old schlager Koning has no fewer than twenty models at home, on a specially made shelf for the glasses.

“I had that shelf made because I lost my glasses so often.

Now I know where to find them,” Heino says in Bild.

The glasses of his wife Hannelore now also have a place on the shelf.

“I now have more glasses than he does,” she says.

At the beginning of this month, Heino announced that he would not be retiring for a long time.

“I keep singing until I fall over or nobody wants to hear me again.”

The singer was on Black Cross earlier this summer.

Fans can undoubtedly see Heino perform until the end of this year,

in December the singer will be among others for four days as part of SING und ROCK,

with Heino 2019 in the Historisches Kurhaus of Bad Münstereifel, near Cologne.

The born Dusseldorfer recorded more than a thousand songs in his long career and sold more than 50 million records.

Hong Kong Protest: Confrontation between Hundreds of Demonstrators and the Police