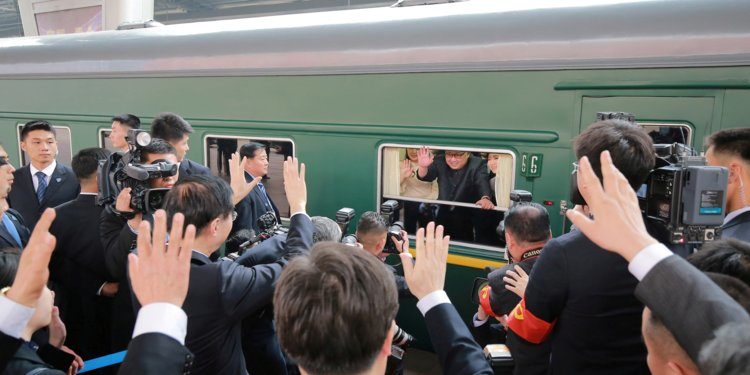 North Korean leader Kim Jong-un left for Russia by train. That has been announced by the state press agency of the communist dictatorship. Kim has an appointment in Vladivostok with Russian President Putin.

It only became known last week, but he is already on his private train: Kim Jong-un is on his way to Russia to meet Russian President Vladimir Putin.

Photos from the state press agency KCNA show how Kim is saying farewell to North Korean leaders. He is expected in neighbouring Russia tomorrow.

Kim’s Russian visit comes at the invitation of Putin. The Kremlin had said last week that both men would meet “in the second half of April” in Russia, without, however, providing more details.

Putin will meet Kim tomorrow in the port of Vladivostok, in eastern Russia.

Although North Korea and Russia have a friendly relationship, it is only Kim’s first official visit to Russia.

Kim and Putin The two will talk to each other about North Korea’s controversial nuclear weapons program, about which US President Trump is currently negotiating with Kim with no result.

Why Bunk Bed is A Suitable Choice for Teens?