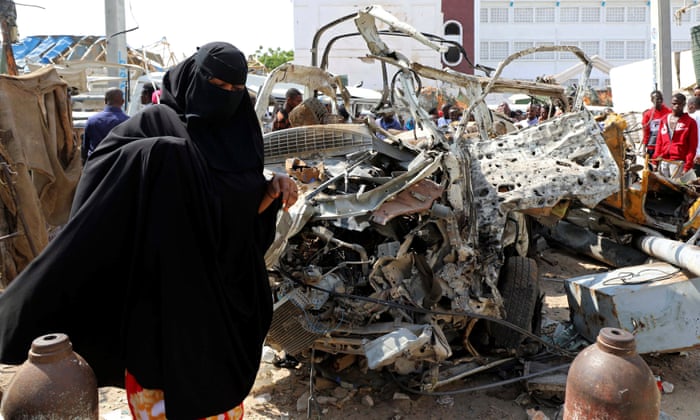 The balance of the Mogadishu attack continues to rise. According to police, nearly 100 fatalities have already been reported in the Somali capital after a bomb car attack.

The death toll will increase according to the authorities. Dozens of people were injured, many of them seriously. The attack was not claimed but is attributed to the terrorist organisation Al-Shabab, which has close ties with Al Qaeda.

Eyewitnesses described how the bomb, which exploded at a busy checkpoint in the city, sowed death and destruction.

“The only thing I could see were mutilated bodies. Some victims were so badly burned that they were not recognisable, “Sakaruye Abdukadir told international media. The victims are said to be many students and children.

Earlier reports spoke of more than 70 fatalities, but according to the police, there are now nearly 100 dead.

The Islamist Al-Shabab group has been carrying out bloody attacks for a decade.

Earlier this month a hotel was attacked in the capital that is loved by politicians, diplomats and senior soldiers. Five people died in the attack.