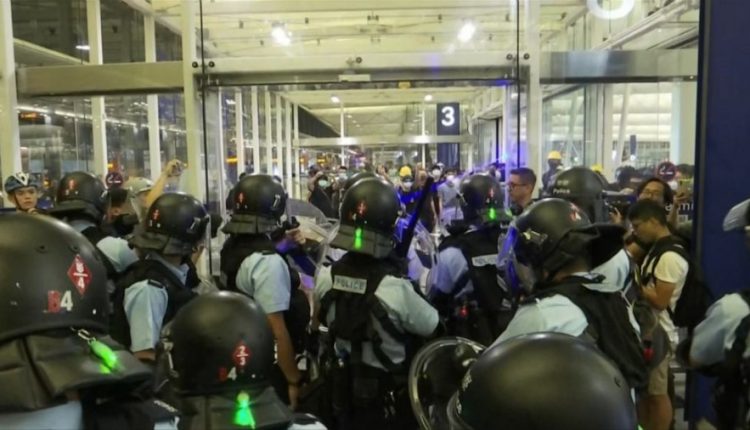 Hong Kong Protest: Confrontation between Hundreds of Demonstrators and the Police

During the protest at Hong Kong airport, one of the busiest in the world, there was a confrontation between hundreds of demonstrators and the police. Because the demonstrators blocked the departure hall, air traffic was severely disrupted.

The continuing protest in Hong Kong continues to hamper air traffic. Hundreds of demonstrators blocked the passage of travellers to the security checkpoint and two terminals throughout the day.

Towards the end of the day, the atmosphere became grim, and a confrontation between the demonstrators and the police came about.

Pepper spray was used to push back hundreds of demonstrators who refused to let a police car escort an ambulance with an injured man. At least two people were also arrested.

Chaos also broke out outside the airport building, where officers marched on the street. Manifestants began to build barricades, while agents tried to enter the building.

The Russian Police Arrested Lyubov Sobol Before A Demonstration in Moscow