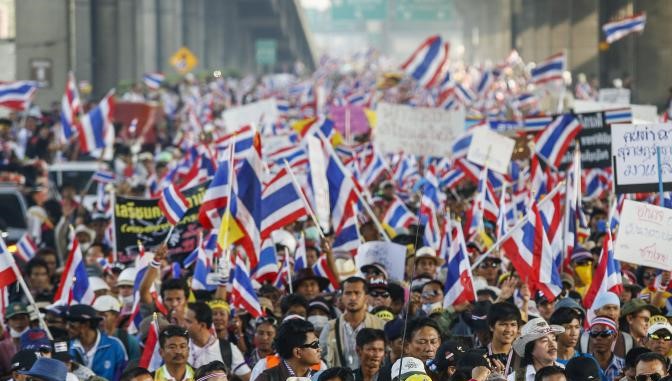 Fears that the massive protests in Bangkok are escalating are growing. Many thousands of supporters and opponents of the monarchy and government gather in the capital of Thailand on Wednesday, for the most massive demonstration in at least three months.

Until recently, violence took place between the rival protest groups for years. There are nearly 15,000 officers on the move to keep order.

Protesters demand the departure of Prime Minister Prayut Chan-O-Cha and his government. The protesters also want a reform of the monarchy and more democracy.

They intended to march from the democracy monument to the government building and there demand the departure of the prime minister. They also want to block a royal column.

But opponents block the route to the parliament building. And citizens in yellow clothing, the colour of the king, try to avoid the roadblock in front of the column.

Leaders who are leading the march against the government and monarchy are calling not to seek confrontation and choose a different route. Contrary to previous protests, the turnout of the supporters of the authorities is high.

Trucks brought hundreds of them to the protest site.