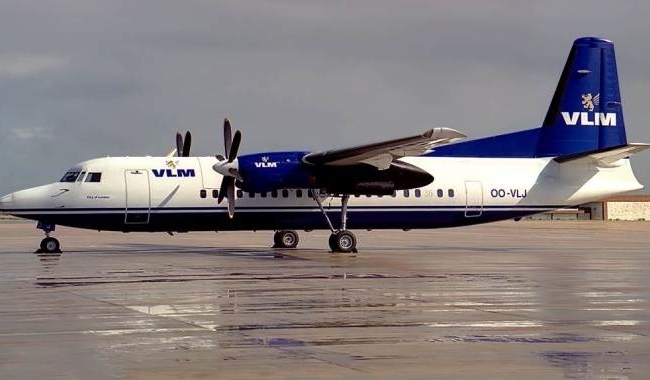 With a fleet of Fokker 50 aircraft, VLM operated planned flights from Antwerp to London,  Zurich, Munich and Birmingham and between Maribor and Munich.

Also, the company carried out charter flights. At the beginning of this month.

It had already been decided to cancel six flights so that VLM could only concentrate on the business charters to London and Zurich.

VLM, which employs 85 people, was founded in 1993 and focused primarily on business travellers,  with regional flights between the Benelux and England.

At the end of 2007, the company was taken over by Air France-KLM,  brought it under one roof with the Irish regional carrier CityJet.

In 2014 CityJet was sold to investor Intro Aviation. VLM was then privatised, until the bankruptcy in 2016.

In the same year, the then-bankrupt company made a restart under SHS Antwerp Aviation.